My computer has picked up a Malaware thingy which has been causing me worries and chasing technical support, so my blogs have been neglected, which isn't a good thing at the beginning of a blog's life!

I thought I would show you some of  the blocks I have already made and tell you something about my approach.  I seem to work to certain rules which I have set myself over a period of years, rules which I am comfortable with, but of course are very out of date in the present world of quilt making. 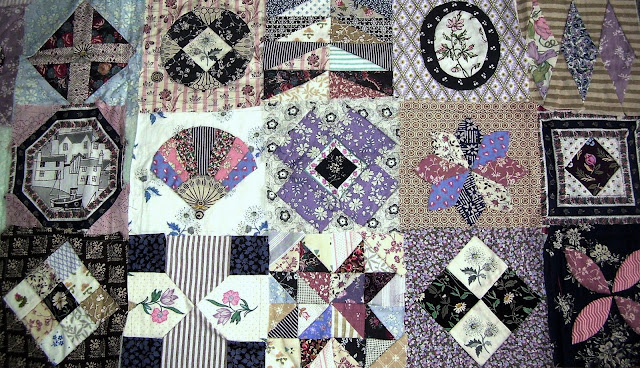 The blocks in the original Sundial Coverlet are two different sizes - 3 and 5 inches I think?  No measurements are given and it was my guess when I viewed it at the V&A, but I decided to make mine all 12 cms. square.  It is easier to draft patterns that can be divided by two, three and four so I chose this size (just over 4.5 inches) which is about as small as I feel I can work. ( I draft patterns in both Metric and Imperial depending on the size of quilt I want to make, it's very handy having two options!) 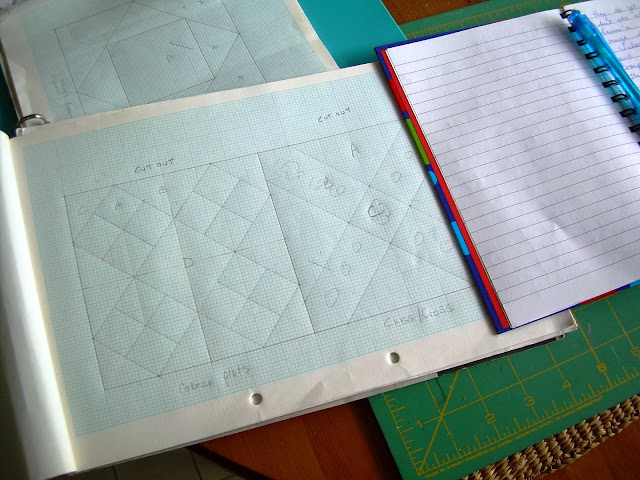 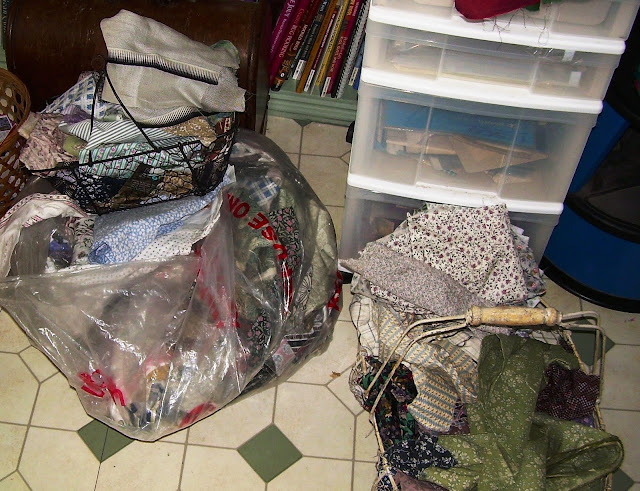 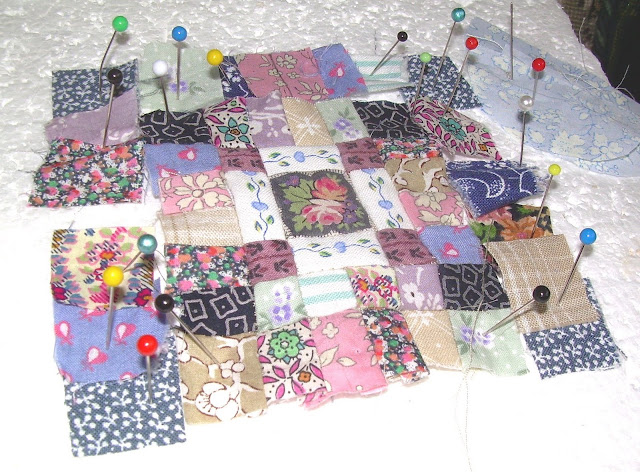 The above pictures will give you an idea of the process.  Of course I could draft on Electric Quilt, but I like drawing on graph paper and it's probably quicker though not as professional looking.  I have, however, done (the above block) on EQ because it was proving impossible to do the old fashioned way.  I amaze myself now when I look at it because I have already forgotten how I did it!

I am using mainly Liberty Lawn because it is ideal for small blocks, but I also use vintage Laura Ashley if I can, though it is thicker and I save it for the bigger pieces.  I have a large collection of fabric and the whole process is very messy, with boxes and bags of fabric cluttering my workroom.  As it is also a through room as well as the cat's room, I can't leave everything strewn around, so I have to tidy up as I go along which isn't ideal.

Regarding patterns - this project is a personal journey for me and I hadn't thought about making patterns for teaching etc.  Saying that, I am not averse to sharing, but as you can tell from the above, my patterns are hand drawn and I would have reservations about putting them on the Internet.  However if any of you have any suggestions as to how it can be done I would be interested. Of course this would mean dusting off my rusty computer drafting skills and that takes time away from working on the project!
Posted by Little Welsh Quilts and other traditions at 12:31

Email ThisBlogThis!Share to TwitterShare to FacebookShare to Pinterest
Labels: how I work

It's nice to see your design process!

If you DO decide to share your patterns, you could scan the block drawings and save them in PDF format. Or you can take them to an Office supply/print shop and have them copy them and download them onto a jump drive for you in PDF format.

Thanks Aunt'Reen that certainly is a possibility but perhaps I will finish the blocks and then draw them out again on Electric Quilt. If I do them altogether in one batch I will have more chance of not fogetting what I am doing in between, if you know what I mean?