It is now just over a year since I began this blog recording my tribute to the Sundial Coverlet at the Victoria and Albert Museum.  I put it on hold this March, simply because I needed a rest from it and had other projects that needed my attention.  Do any of you feel like this on a long project?  Sometimes I simply run out of steam and need a break, however I do admire those who stick to one project and pursue it to the end. 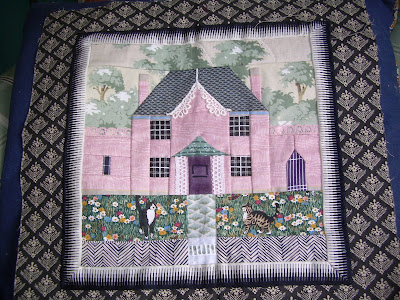 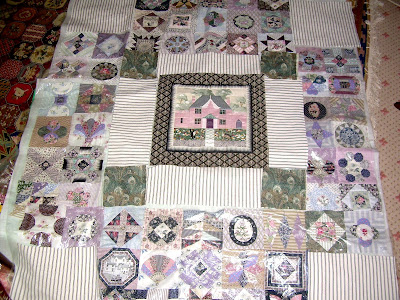 Do you ever have a fabric which you want to included in a quilt but no matter how you try it just won't go?
Well I regularly have this problem, this is my current "no it really doesn't work" fabric - 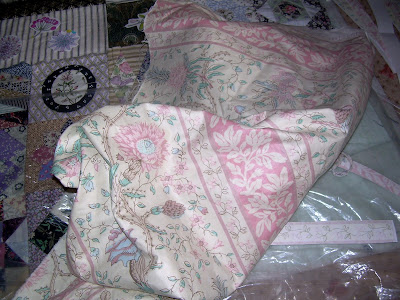 It's a piece of lovely G.P. & J Baker curtaining called "Parrot and Pineapple" and has the same delicate colouring but so far it keeps being rejected.  Rather than cut into fabric I usually photocopy a section then cut out pieces and audition that - 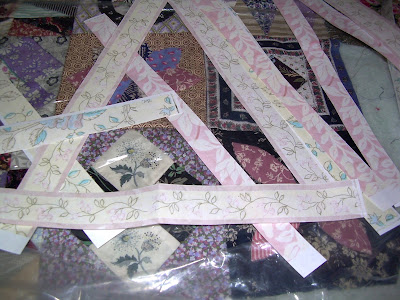 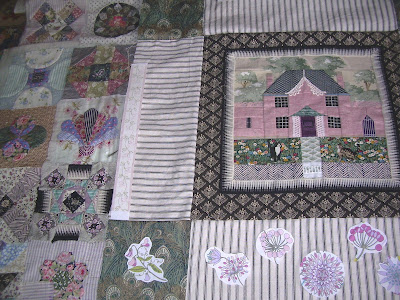 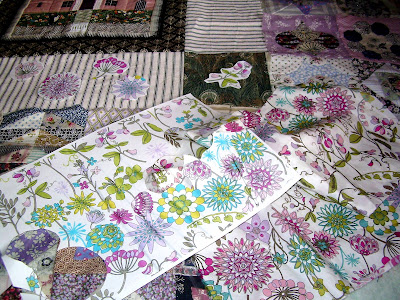 It's a slow process and I envy anyone who has a design wall and doesn't have to use the floor with cats wandering around!

I also have another problem - my patterns, notes and some already worked bits are in one of these boxes  which have been packed prior to having the tiled floor in my workroom restored - 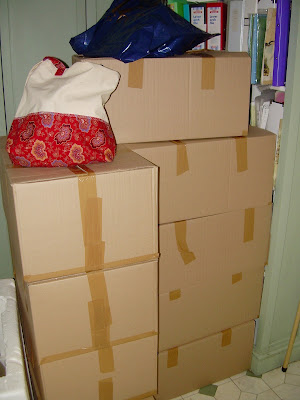 This was done before I decided to return to the quilt.  They are too heavy for me to explore so I am waiting for a willing pair of hands to appear!

Posted by Little Welsh Quilts and other traditions at 16:35 1 comment: