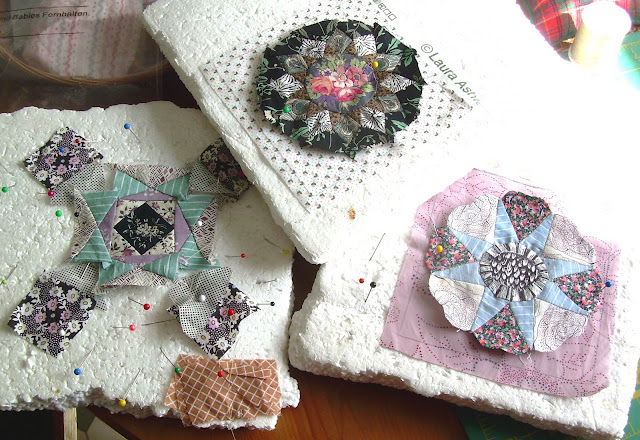 As I said before, the square blocks are just a matter of coping with fairly small pieces and sewing them together in the normal way. 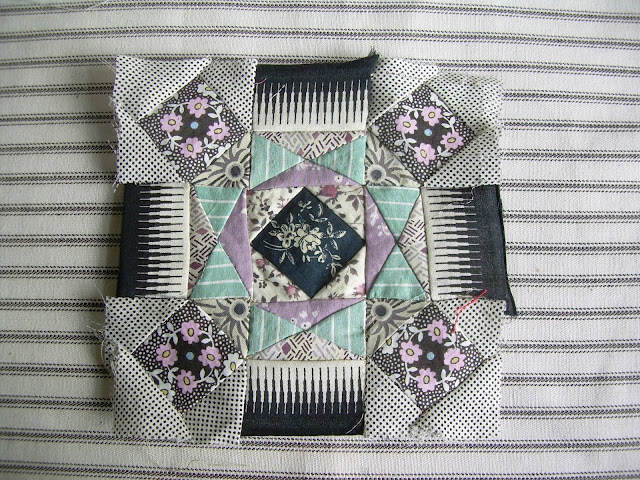 I  had been rather dreading the Sunflower block because cutting its very small pieces needed pin point  accuracy, but the first problem was to figure out how to draft it!   Fortunately I found a 360 degree Angle Measure in Staples and I did it without too much trouble.  I pieced it without papers (unlike the original which would have been paper pieced) and it went together like a dream. 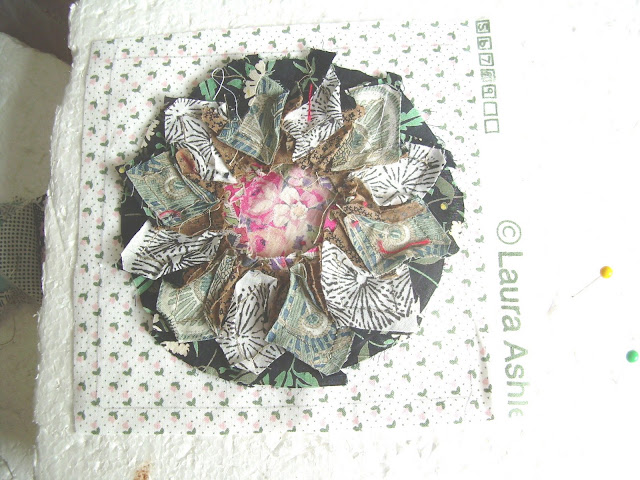 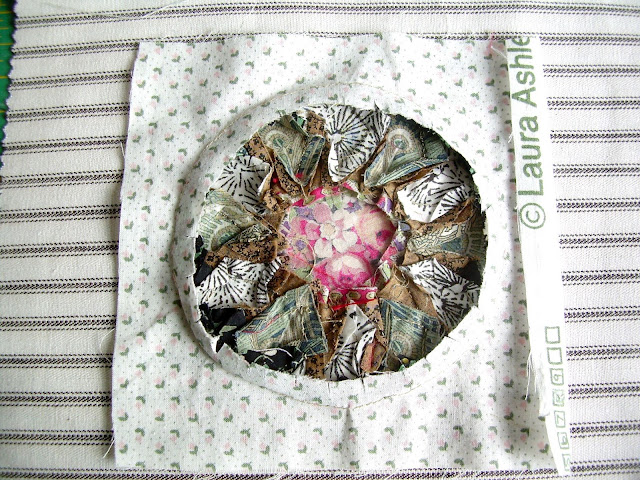 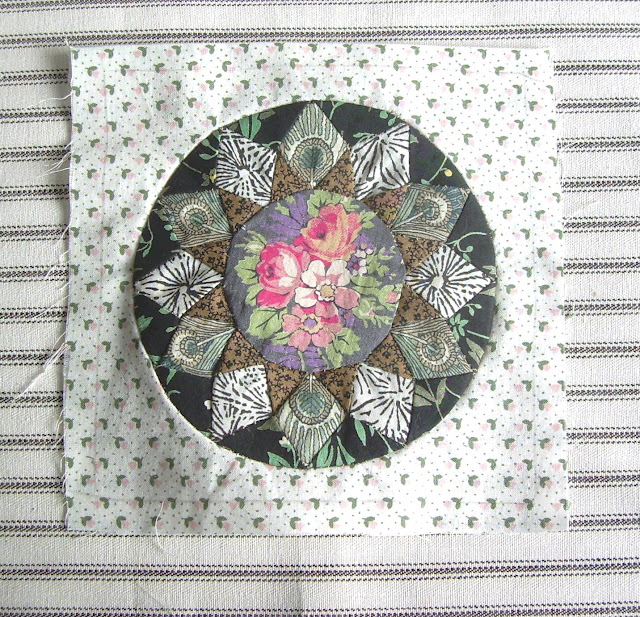 It was a different story with the third block.  I worked it partly over papers to get the defined heart shapes, but I didn't get it right.  The hearts still weren't defined enough, so I'm doing it again.

Until next time!
Posted by Little Welsh Quilts and other traditions at 21:19

Email ThisBlogThis!Share to TwitterShare to FacebookShare to Pinterest
Labels: Mainly the sunflower block

I am so enjoying your progress on this quilt Mary. It is all looking good. I am having such problems with leaving comments lately and tried to tell you about a hotel in Sidmouth that you might like to check out. It is called Woodlands Hotel and has a great website with a bit about the history of it which you will find interesting. You also need to check out the roof as it is made of hexagon tiles. Here goes that this works, You won't hear me cheer or curse.

Hurrah! I am cheering.

Your blocks are so facinating. I am really impressed with the sunflower block. The piecing is wonderful. Are you using colors similiar to what is in the original because your fabric selection is amazing?

Thanks Shirley - I will check it out!

Robin - you have given me a new subject to blog about next!

Wonderful. I admire your work! Fantastic to see your progress. thanks for sharing!
Jacqueline