One Simple and another a bit fiddly!

As you may have read on my Little Welsh Quilts blog, I have been gadding around lately!  I have also been having a few house problems which have rather wound me up and I haven't had the concentration to draft and cut out blocks with such tiny pieces. The sewing part is relatively straightforward but even that lapsed and I have been quilting the edges of  my "Little Welsh Treasure"  which is a much simpler job.  I am teaching this at the Jen Jones Quilt Centre in Lampeter next April.  I don't think it has been announced yet but if you are interested keep an eye on this link -http://www.jen-jones.com/QuiltCentre/Workshops.html

I have, however, completed two blocks I prepared before my travels began- 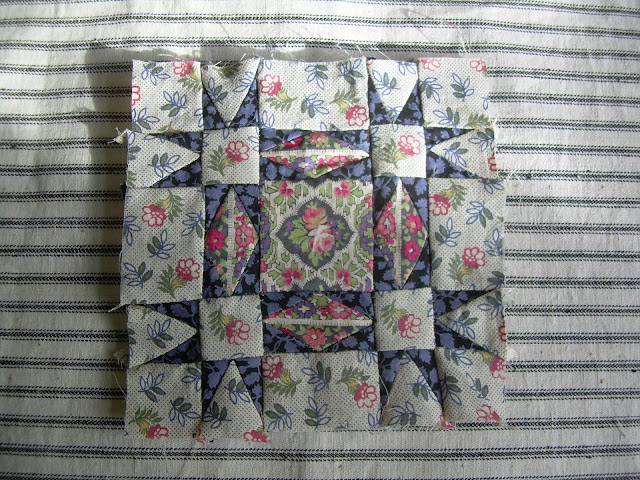 The above block, which was the fiddly one because it has so many tiny pieces, was taken from The Jane Pizar quilt in the Cheltenham Museum, which I believe was made around the same time as the Sundial even though it has a later attributed date. 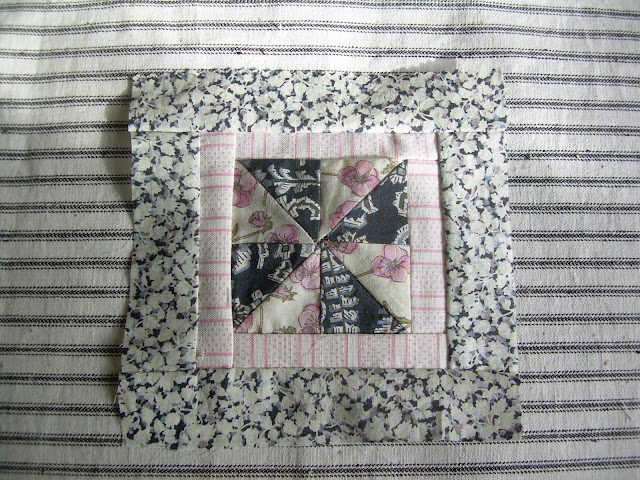 and this much simpler one based on a panel dated 1786 in the V&A quilt collection which was exhibited last year.

I have cut out a Compass Rose block based on one at the centre of a Cumbrian quilt date 1799, so perhaps I will start it this evening while watching Downton Abbey.  This would be good entertainment if it weren't being completely spoiled by so many adverts which makes it difficult to watch - piecing keeps me from getting too irritated!

Posted by Little Welsh Quilts and other traditions at 14:00

I think your blocks are just gorgeous and I love your fabric. Is it a collection or pieces you put together

Hi Kathleen, The fabrics are from my stash. Mostly Liberty lawn with some Laura Ashley which I have collected over many years.